Home > Leaving & Introductory > Speech to Staff After Taking a Company Over 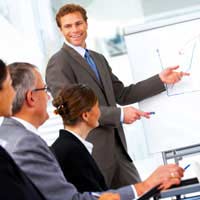 When you have successfully completed a takeover of another company it's often necessary to make a speech to motivate your staff and make sure they know what's going on and why. The speech should be made as quickly as possible so that there's less time for misleading rumours to spread.

A company takeover is usually shrouded in secrecy up until the point that negotiations are finished. Leaks before that point can have a negative affect on a company's performance, and perhaps the share price too. Staff will almost certainly have noticed that something was afoot and letting them know what's going on will quell uncertainty.

1. Introduction to a Company Takeover Speech

It's important that your staff are aware of the solid business reasons behind the takeover. Despite the fact that your company has the upper hand, people will know that takeovers usually lead to rationalisation (usually meaning lost jobs) so you will need to be clear about prospects.

Example: This takeover will allows us to compete against larger companies as their products dovetail neatly with ours. We bring a wealth of experience and if we add that to the experience of Bloggs and Co, together we can take on the market with renewed vigour.

Taking over a company usually means that you will get the upper hand when it comes to the rationalisation decisions. But more experienced staff will be aware that the axe might well fall on both sides, because the new board do their best to appear fair. It's your job to allay those fears and motivate staff

Examples: We can all learn new skills from the staff at Bloggs and Co and all of us should share our knowledge so that together we will be greater than we were before. We can all look forward to new opportunities in the merged company

3. Bring it to a Conclusion

Round up by telling your staff what’s expected of them but make sure you continue to use 'we' instead of 'I' and 'you'. It's vital that you instil a sense of unity or you will lose the confidence of the staff.

4. Be Open About Finance

One final word about the takeover deal. It's important that the staff know how much the deal for the company was and where the money came from. But don't overdo it, as most people will get bored very quickly.

Keep it simple and make it plain that full documentation is available for anyone who wants to take a look. It's not necessary to tell everyone everything but it is important that you make the information available, even if no one ever takes up the offer.